MIIKE is one of Japan’s most prolific contemporary directors with rarely a misstep in his extensive body of work. In Over Your Dead Body, Miike takes on one of Japan’s most noted ghost stories, that of the betrayed Oiwa, whose spirit won’t rest until her deceitful and murderous husband Iemon pays for his sins. The acts of the  ‘erotic evil character’ (iroaku), who was simultaneously attractive and repulsive, of Kabuki, who thrilled audiences in Japan in the 19th century, gave birth to the most prevalent archetype – that of the wronged woman –  who continues to haunt Japanese horror cinema, the vengeful ghost (onryo) with her long dark hair, white skin and disfigured features.

Miike, as should be no surprise, gives the ghost story of Oiwa a particularly modern twist, by merging together fantasy and reality through focus on the manner in which rehearsals for a production of Yotsuya Kaidan bleed into the ‘real’ lives of the cast. Evoking Todorov’s concept of the fantastic, Over Your Dead Body operates on dual levels merging the psychological with the supernatural. The story of Iemon and Oiwa on the stage is mirrored by the tempestuous relationship between Lousuke (Ebizo Ichikawa) and Miyuke (Ko Shibasaki), with Miyuke’s understudy (Miho Nakanishi) for the part of Oiwa forming the final part of the dangerous triangular structure of the original play (in Yotsuya Kaidan, this role is taken by Ume – the beautiful granddaughter of a wealthy businessman). 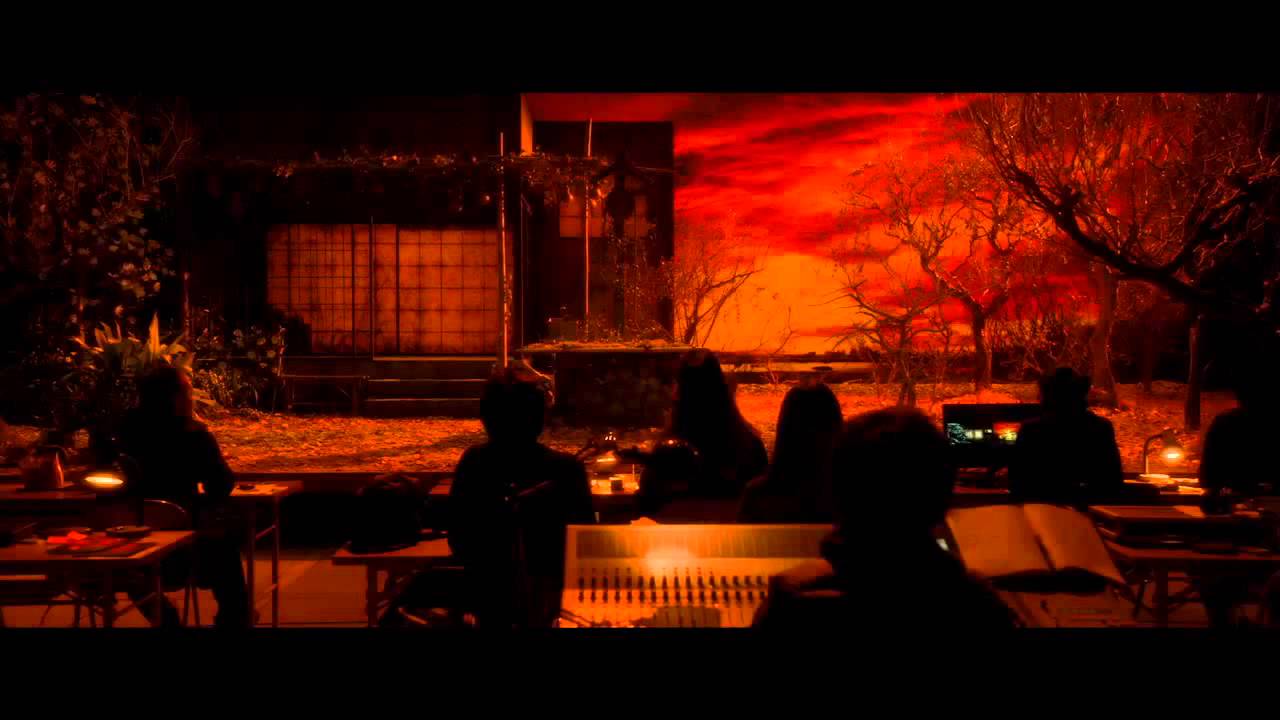 Dennis Harvey in Variety (September 5, 2014) dismisses Miike’s film ‘a boring movie’ and ‘ a handsome tedious rather tedious exercise’. Yet for me, Over Your Dead Body is a triumph of slow building tension and the awful visceral horror for which Miike is noted. In this regard, it reminded me of both Miike’s Audition/ Odishon R and Imprint (Masters of Horror, TV: 2006) If the purpose of the original Kabuki play was to depict a decaying socio-political order and the subsequent loss of the spiritual, then Over Your Dead Body draws our attention to the fact that at the centre of history is repetition. Thus the purpose of intertwining rehearsals of the play with the unravelling world of its actors is an essential part of the narrative and not merely an empty formalist gesture as suggested by Harvey.

To say much more would be to say too much, except to suggest that Over Your Dead Body is worth seeking out, not just for Miike’ completionists but for fans of Japanese horror more generally. Evoking the colour palate of Japanese Edo-gothic, Over Your Dead Body is sumptuously horrifying reminding us of that in contemporary Japan, a stagnant economy and corresponding ‘youth bulge’, has lead to social isolation and alienation as marked by the increase in lonely deaths (kodokushi) among the middle aged and elderly population and the withdrawal from society (hikikomori) among the younger generation as well as high suicide rates. If we fail to listen to the past, we are doomed – a salutary lesson that underpins much contemporary Japanese horror cinema with Kurosawa’s recent Creepy/Kuripi Itsuwari no Rinjin  (2016) a case in point.

This entry was posted on Monday, October 17th, 2016 at 9:55 pm and tagged with japanhorror, Miike, OverYourDeadBody and posted in Japanese horror film reviews, Uncategorized. You can follow any responses to this entry through the RSS 2.0 feed.
« Creepy (KUROSAWA, Japan: 2016)
Chills and Thrills: Korean Film Nights »